What Buyers need to know in today’s Real Estate Market

Hey guys, I’m Kelly Cook with the Kelly Cook Real Estate Group, your :k1: area real estate specialists. We are part of The Real Brokerage. We can be found online at www.AZKCRealEstateGroup.com. Now one of the questions we are going to address today is very specific to today’s market in the summer of 2012 here in the :k1: area. That is, people are wondering how to find a property to buy that fits their needs and get it under contract to buy it when there is so little inventory out there. That’s a great concern and we get it all the time. I know a lot of people right now are struggling to find properties and get a property under contract because of the competition, but we really haven’t had that problem a lot with our clients.

There are a couple of different methods that we use that enables us to get our clients properties under contract and they are able to get the property that they want and also in addition to those methods that we would love to share with you, the fact that we have been in business now for over seven years, we have so many contacts that they know when we write an offer, we close and we perform. So if you are looking for some guidance on how to successfully buy a property, please give us a call. Let us sit down and have a consultation with you, find out your needs and what you are looking for, even your financing. We can get that all together so when the time is right to find the right property that you want to buy, we can get it done for you.

We love representing clients and we are passionate about negotiating and working hard for the best deal for you. Again I’m Kelly Cook with the Kelly Cook Real Estate Group, your :k1: short sale specialists and we are here to help. Our number is 480-442-9868 or you can email us at Info@KellyCookHomes.com. Feel free to check out our website we have an entire home search section where you can look at every single property currently on the market. We would also like to share some properties with you that are not on the market that we get as pocket listings because we do carry between 50 to 60 listings at any given time during the month. We also work with the largest wholesalers in the area so we have access to properties as well that never hit the market. So give us a call today. We would love to work with you and we look forward to hearing from you soon.

Hello everyone my name is Kelly Cook with the Kelly Cook Real Estate Group, your :k1: short sale specialists, thank you for your time today. Our team of short sale experts is dedicated to helping :k1: homeowners avoid foreclosure through the means of a short sale. I blog frequently to provide homeowners with underwater mortgages up to date information on all of their real estate options. If you can no longer afford your mortgage, or are already considering a short sale, please visit my website or contact me directly to discuss your options.

For my blog today I wanted to talk about working with HSBC on a short sale file and some of our latest success stories. HSBC is another one of those banks that doesn’t have many offices around the country but still holds a large mortgage portfolio. While this may decrease the amount of exposure the public has to HSBC plenty of :k1: homeowners are currently the owners of an HSBC mortgage. Over the last couple years I personally have had great success with the HSBC short sale team closing roughly a dozen short sales in that time. When it comes to choosing a short sale agent it is important to find someone that has experience with your specific lender. Given HSBC’s small presence in the public eye not many short sale agents have the amount of experience with their staff as we do.

So if you have any questions on your HSBC mortgage, or any other lender, please send me an e-mail or give me a call to arrange a free consultation. If you are on my website make sure to check out the Short Or Stay Calculator to get a big picture idea of your homes long term value. This is Kelly Cook with the KC Real Estate Team thank you for your time and I hope you have a great day.

Should I Choose Select a Chase Short Sale Over a Foreclosure?

Hello everyone, my name is Kelly Cook with the Kelly Cook Real Estate Group, :k1:’s short sale specialists. We specialize in helping valley homeowners across the entire Phoenix area short sale their properties while finding alternative options to foreclosure. We can also be found online at www.azkcrealestategroup.com.

Now the topic we are addressing today specifically is do we deal with Chase Bank on short sales? The answer to that question is a profound yes. We do a lot of business with Chase and have helped a lot of valley homeowners short sale their properties when they have Chase loans. We deal with each type of loan structure with Chase from clients who only had one loan to clients who had two loans with Chase. We’ve been very successful negotiating the highest dollar amount possible from the first loan with Chase to go to the second loan whether or not it is a home mortgage, amortized second or a HELOC. Now Chase does have a separate HELOC division that we’ve been very successful with and have established some good relationships and contacts with that department as well.

Now Chase kind of follows the old fashioned way of doing business by printing and faxing documents into them which can be kind of cumbersome, but that’s the way in which they do it, so that’s what we do for our clients. We’ve established some great relationships with Chase over the years from the negotiators to the loan processors to the work out specialists.

So if you have a Chase short sale today, please don’t hesitate and give us a call today. Again, I’m Kelly Cook with the Kelly Cook Real Estate Group, one of :k1:’s leading short sale specialists and we will put our contacts and our experience to work for you. You can contact us on the form here on the website; you can also email us at info@kellycookhomes.com or simply give us a call at 480-227-2028. I hope you enjoyed the video today and we look forward to seeing you on the next one. Take care, goodbye.

For more information on short sales and how to avoid foreclosure, visit the Kelly Cook Real Estate blog or you can also contact the Kelly Cook Team and get started today. 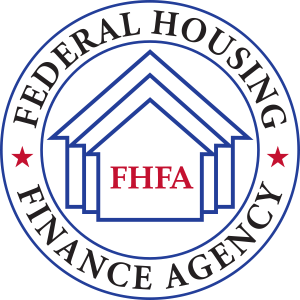 Just yesterday the Federal Housing Finance Agency (FHFA) announced that they would be making changes to a govement program that could help homeowners who are underwater with their mortgages.  With mortgage rates so low lately, many homeowners are trying to refinance but are unable to because their home will not appraise at an appropriate price.  This is unfortunate for them because the change in market is no fault of their own however they are penalized for it.

The program FHFA is proposing to change is the Home Affordable Refinance Program (HARP).  Currently, this program aims to help borrowers who are in this specific situation referred to before, wanting to refinance but running into problems because their home value has dropped.  Because FHFA has seen so many instances where HARP could have helped homeowners but they were unable to meet the guidelines, FHFA is going to be changing some of those guidelines.

A couple of the items they have agreed to change are the cap that disqualifies any homeowners who mortgage exceeds 125% of the property value and appraisal requirements.  Previously, if a homeowners mortgage exceeded 125% of the property value that homeowner would not be eligeable to participate in the program.  They have not stated an exact change, but FHFA will be altering that cap so more homeowners can participate.  Also, in many circumstances they have stated they may not even require an appraisal.

So, what does this mean for homeowners underwater??  Well, just like many of the other goverment programs that have been rolled out to help the housing market, only time will tell how affective these changes may be.  The majority of the other programs has failed to meet expectations or keep promises made in the beginning.

The main homeowner this will help is those who are underwater on their home but do not financially qualify for a short sale.  The HARP program should be able to help those homeowners adjust their mortgage to the current housing market state and then be in a better position to sell in the future.  This, in turn, then should lower the number of short sale as we move into the next few years.

Researches say these new guidelines could help an additional 1 million homeowners of the 11 million who are underwater.  Yes, you read that right, only 1 million of 11 million.